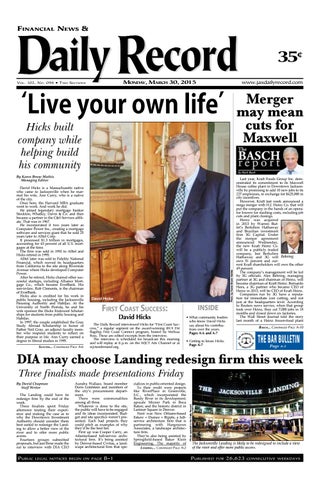 She attended Panacea Full Gospel Church. She was preceded in death by her husband, Robert David Barwick. Return to Index Tallahassee - Gilbert W.

Barwick Sr. A native of Sopchoppy, he had lived in Tallahassee for 40 years. After retiring, he worked for 15 years with the Federal bureau of Prisons. Barwick Jr. He is survived by his wife, Dana Hanson. He was born in Tallahassee and was a lifelong resident of Wakulla County. He was a Baptist. He was preceded in death by a son, Lance Cpl. Charles Allen Hanson Jr. Return to Index Tallahassee - Roy B. Services will be held at 1 p.

Burial will follow at Tallahassee Memory Gardens. Family will receive friends at the funeral home Wednesday, December 27 from 6 to p. A native of Sopchoppy he had lived in Tallahassee for most of his life. He was a carpenter and of the Catholic faith. He operated a fruit stand in Tallahassee for 20 years. Survivors include two daughters, Frances B.

Barwick, Jr. Abbey Funeral Home was in charge of arrangements. Barwick, 84, of Sopchoppy died Saturday in Medart. Box , Crawfordville, FL She is survived by two sons, Berney K. Barwick of River Sink and Joseph T. Services were held Wednesday, May 2 at p. A native of Crawfordville, he was a 10th grade student at Wakulla High School and a member of the varsity baseball, football, basketball and wrestling teams.

Survivors include his parents, Charles and Elise Barwick, Jr. He was the grandson of the late Charles Barwick, Sr. Harvey-Young Funeral Home in Crawfordville was in charge of arrangements. CST 3 p. A native of Sumatra and longtime resident of Tallahassee, she was a homemaker and a Protestant. Published 24 Feb in the Tallahassee Democrat. A native of Tallahassee, she was born Sept. She was a member of Leon Ebenezer Baptist Church. She was a devoted mother, sister and friend.

Bass Jr. Memorial contributions may be made to the American heart Association. A native of Headland, Ala. She first began teaching Sunday school when she was a teenager and remained teaching until She was a charter member of Crossway Baptist Church. Survivors include two daughters, Carolyn E. She was preceded in death by her husband of 48 years, Henry Ford Bass. Return to Index Tallahassee - Jane R. Bass, 45, of Tallahassee died Friday, June 13, A native of Macclenny, she had lived in Tallahassee for 25 years.

She worked in the state Department of Community Affairs and was a Baptist. She is survived by her husband, Kirby K. Bass; two daughters, Amy d.


Ward of Jacksonville and Cheryl B. Hamilton of Tallahassee; her mother, Saddie D. The family will receive friends an hour prior to the service at the funeral home. A life long resident of Tallahassee, she will always be remembered as a loving mother, grand mother and good friend to all who knew her. She was preceded in death by her husband, Richard Carl Bass Jr. A native of Bay County, he was a longtime resident of Woodville. He is survived by his wife, Rebecca K. Bass and Heather A. Bass, both of Tallahassee, Brenda B. Bass of Pelham, Ga. Collier of Montgomery, Ala.

Bass of Woodville; her mother and stepfather, Marguerite P. Smart Jr. The funeral service will be at 11 a. Saturday at First Baptist Church. Return to Index Woodville - Georgia M. Baxter, 77, of Woodville died Wednesday, June 21, A native of Danese, W. He is survived by his wife of 45 years, Adene Beal. The service will be at 7 p. He was born in Kings, Ill. Other survivors include two sons, Joe F.

Beal Jr. Smith and husband Terry of Unicoi, Tenn. Wilkerson of Crawfordville; a brother, Larry G. He was preceded in death by a sister, Maxine Beal Sommese. He was born in Gainesville, Florida, and had lived there for most of his life. He was 55 years old. He was a graduate of Nichols State University and taught elementary school for several years.

For the past 25 years he had worked at Santa Fe Community College in the computer science area. He is survived by his mother, Dr. Rubye M. Beal of Alachua, Fla. Townsend of Gainesville, Fla.